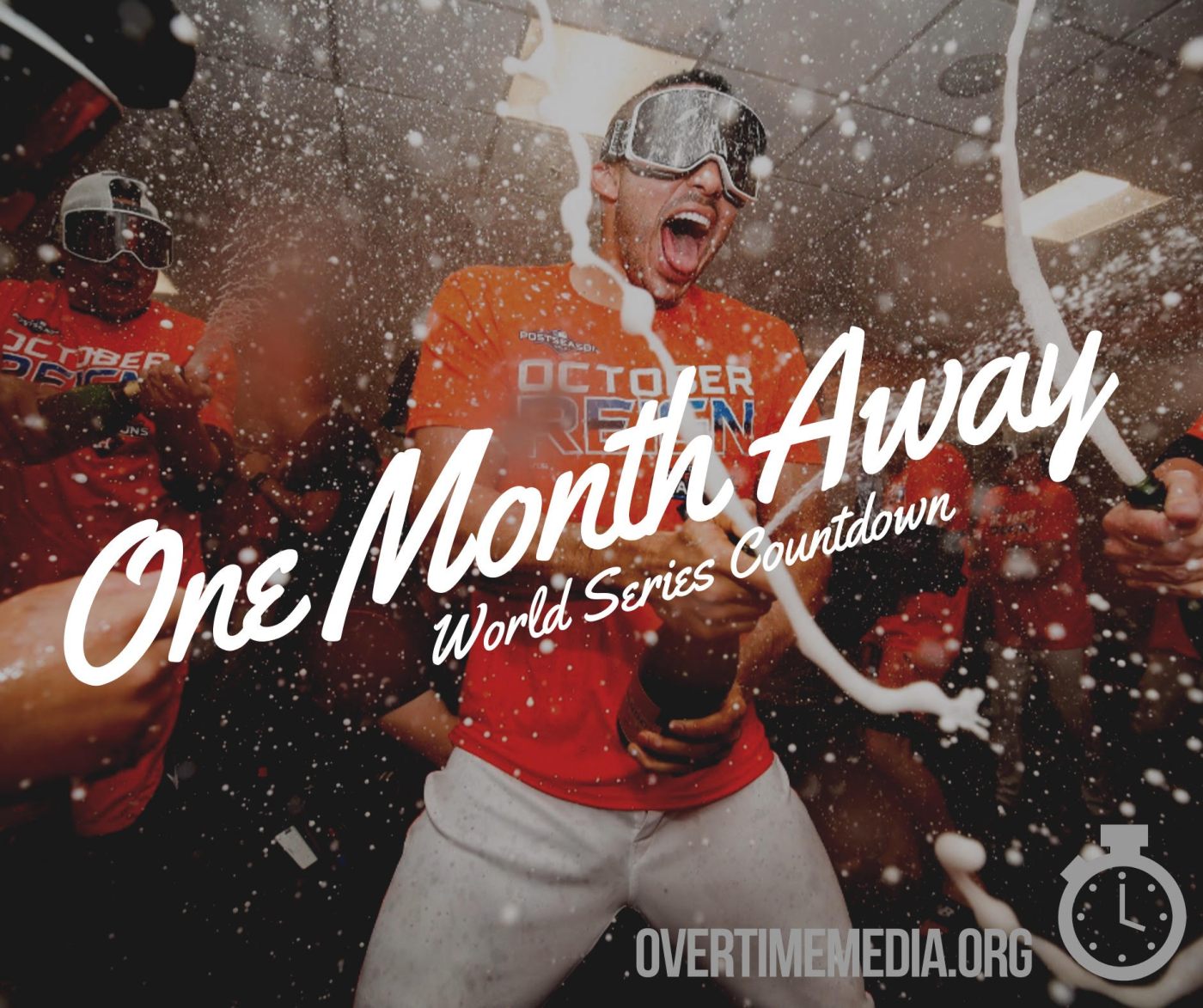 Believe it or not, the World Series is 28 days away!

But before that champagne is popped, its the best of 30 teams. In the AL East, the New York Yankees have clinched the division (102-55) with just 5 more away games. On the other side of the country, the Houston Astros clinched the AL West (102-54). But in the AL Central division, no team has clinched as of yet.

The same can be said in the National League; only two teams have clinched. In the NL East, it’s the Atlanta Braves (96-61). On the west coast, the Los Angeles Dodgers clinched the division (100-56).

And then there’s the Wild Card. Only 2 teams with the best record who haven’t already clinched their division will be eligible for a spot. The American League race is tight between the Oakland Athletics (94-62), Tampa Bay Rays (92-64) and the Cleveland Indians also (92-64). These 3 teams have less than 1 week to get their act together to clinch a Wild Card opportunity.

The National League Wild Card is basically decided. The Washington Nationals (85-69), and the Milwaukee Brewers (86-74) will most likely compete in the Wild Card game unless the Brewers manage to lose every game this week.

On October 3rd the magic begins! It’s a best of five series in the AL & NL Division Series. One week later on October 11th, the Championship Series starts with a best of 7 games series.

And everyone’s Autumn gets better when the World Series commences (best of 7), unless of course your home team loses early.